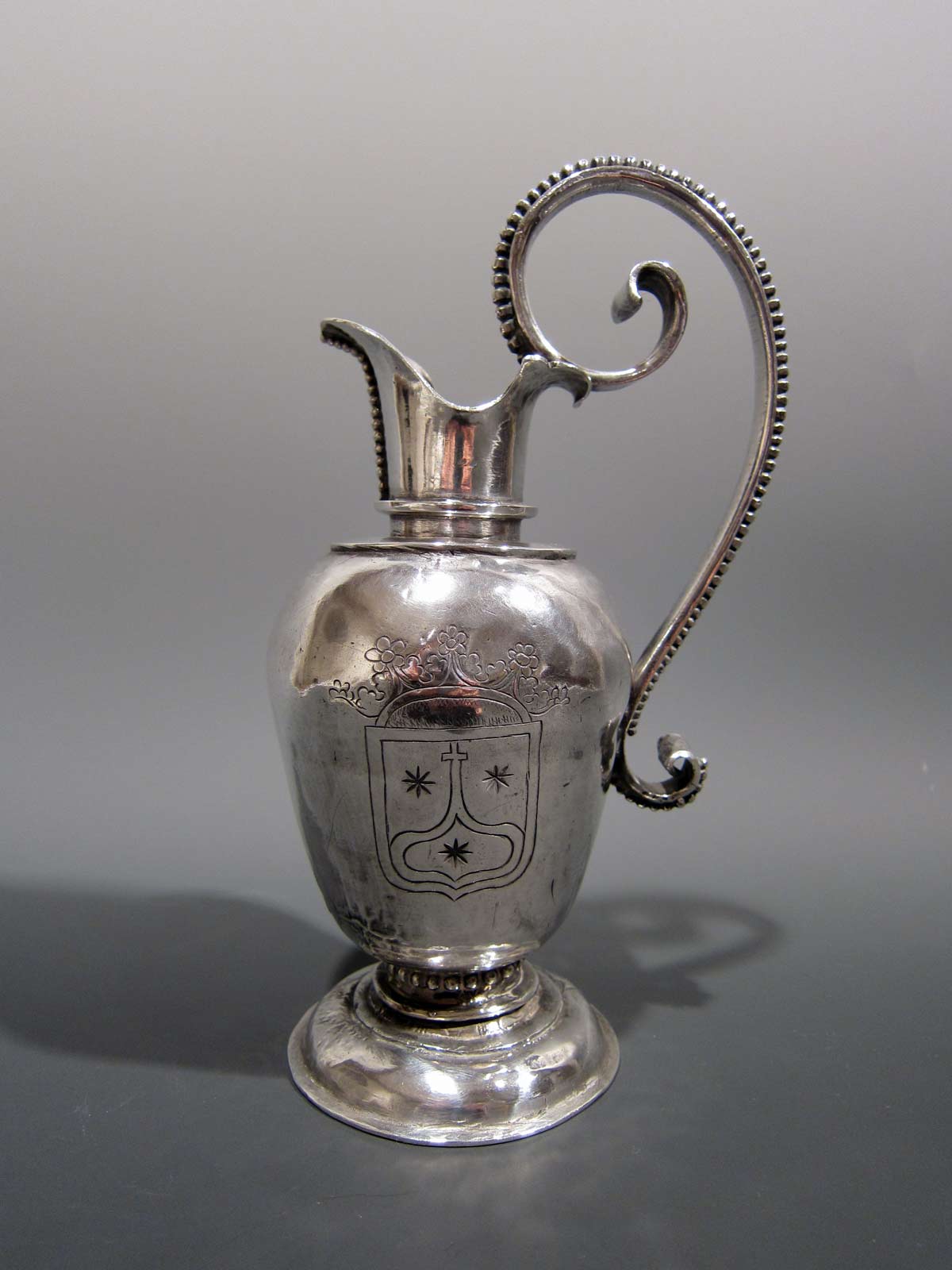 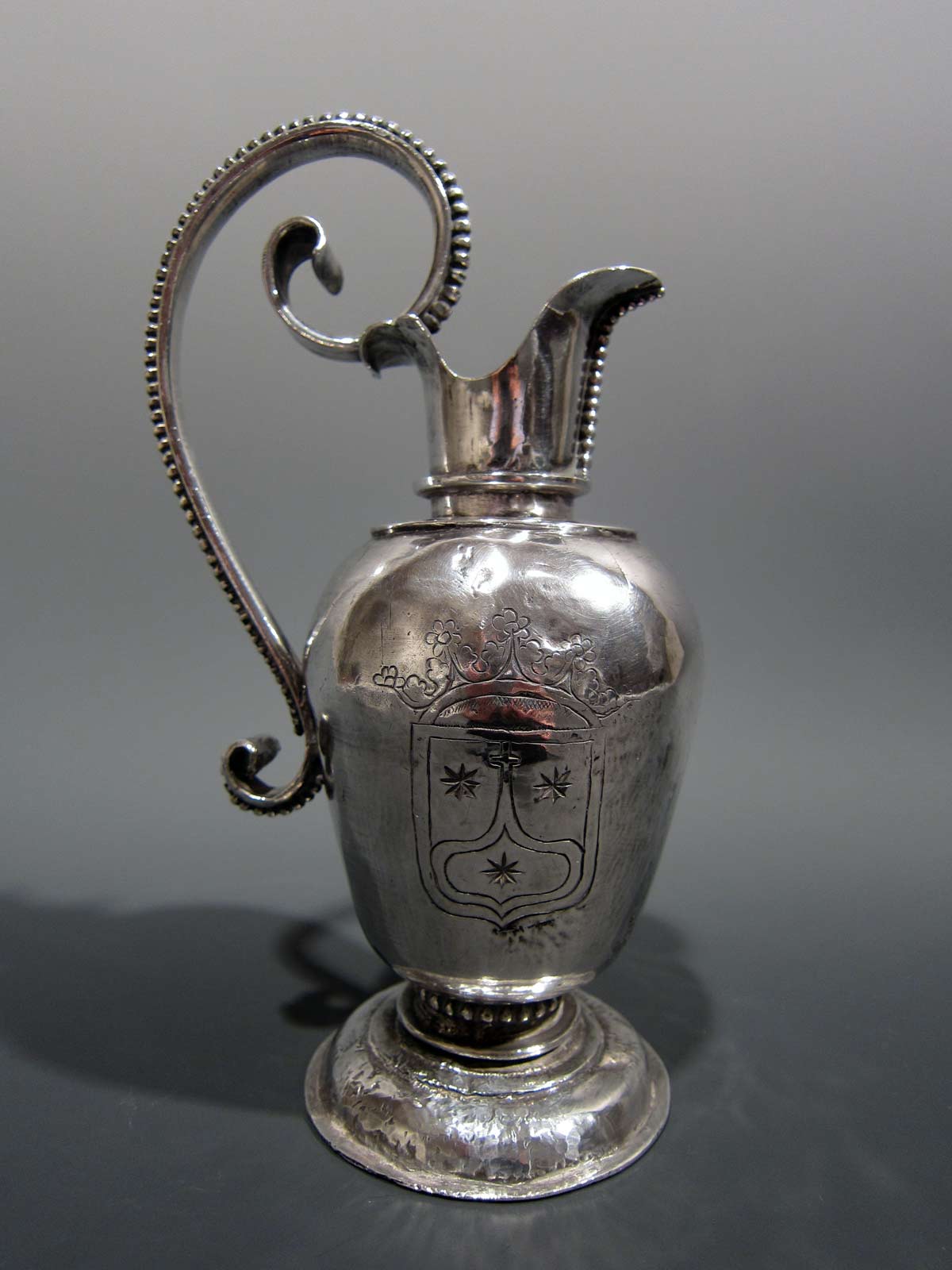 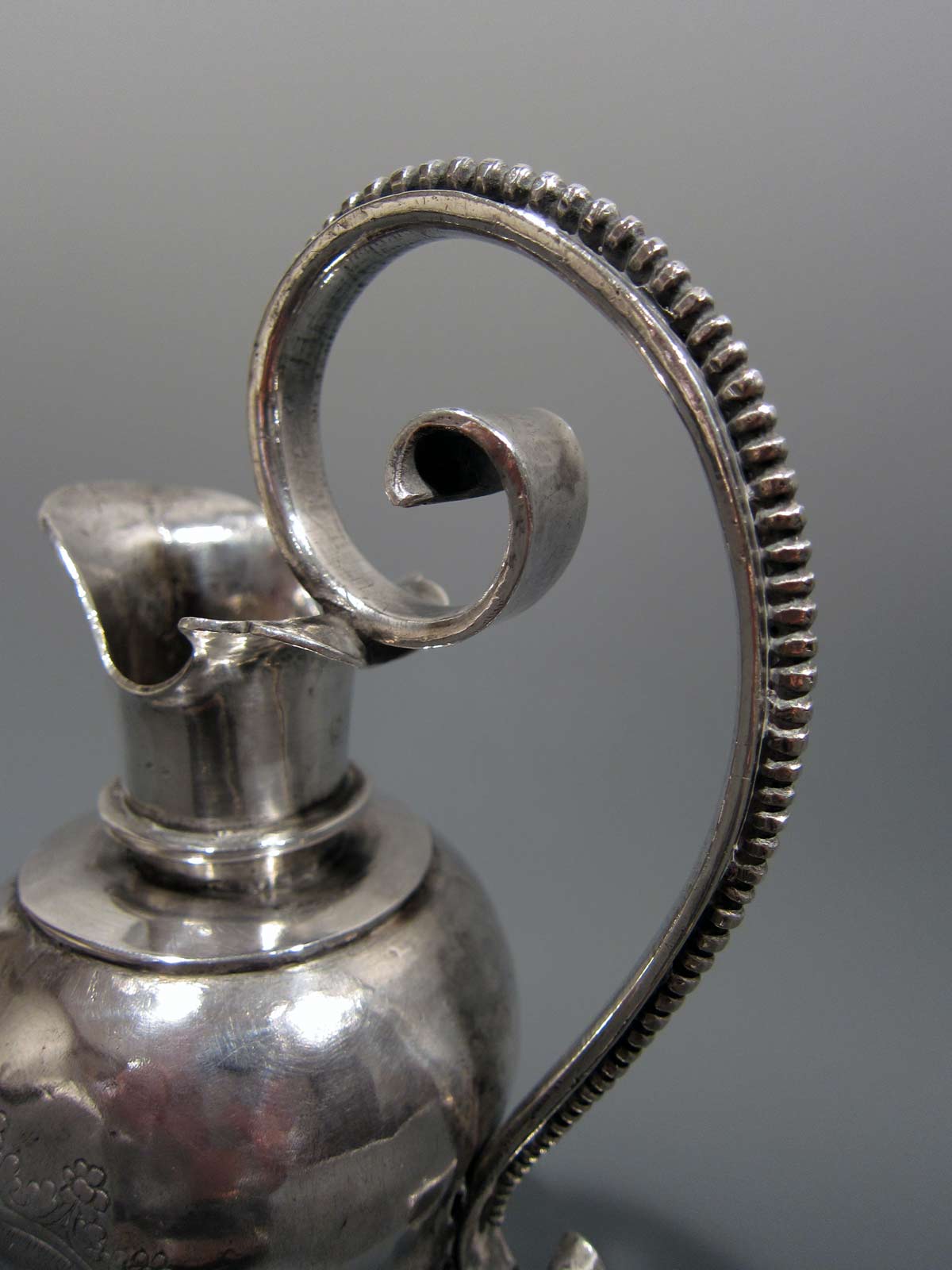 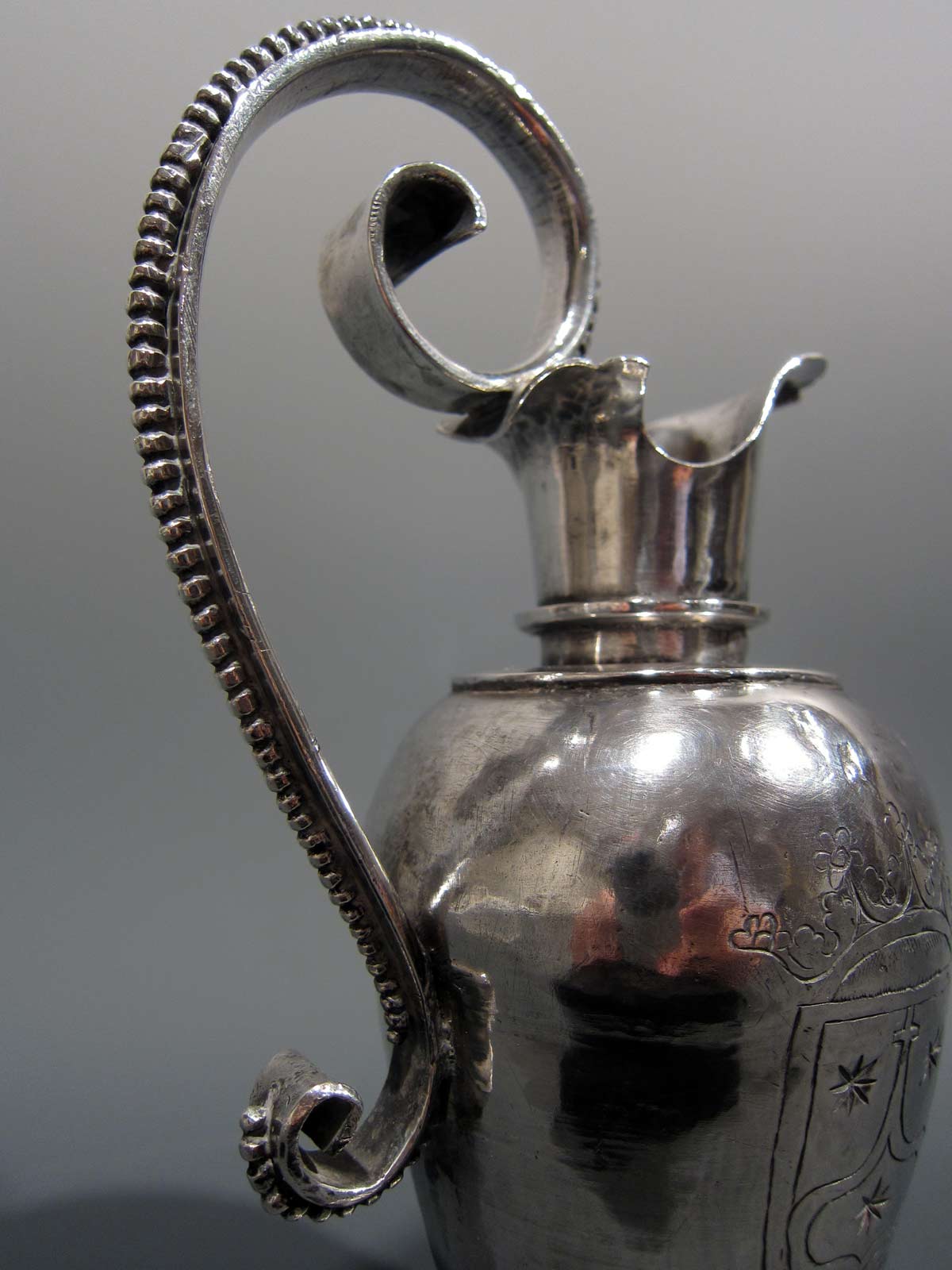 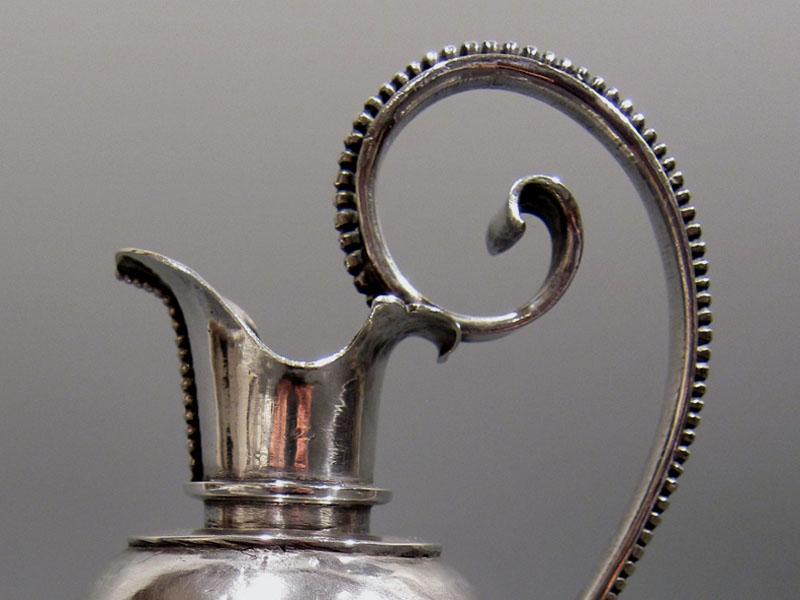 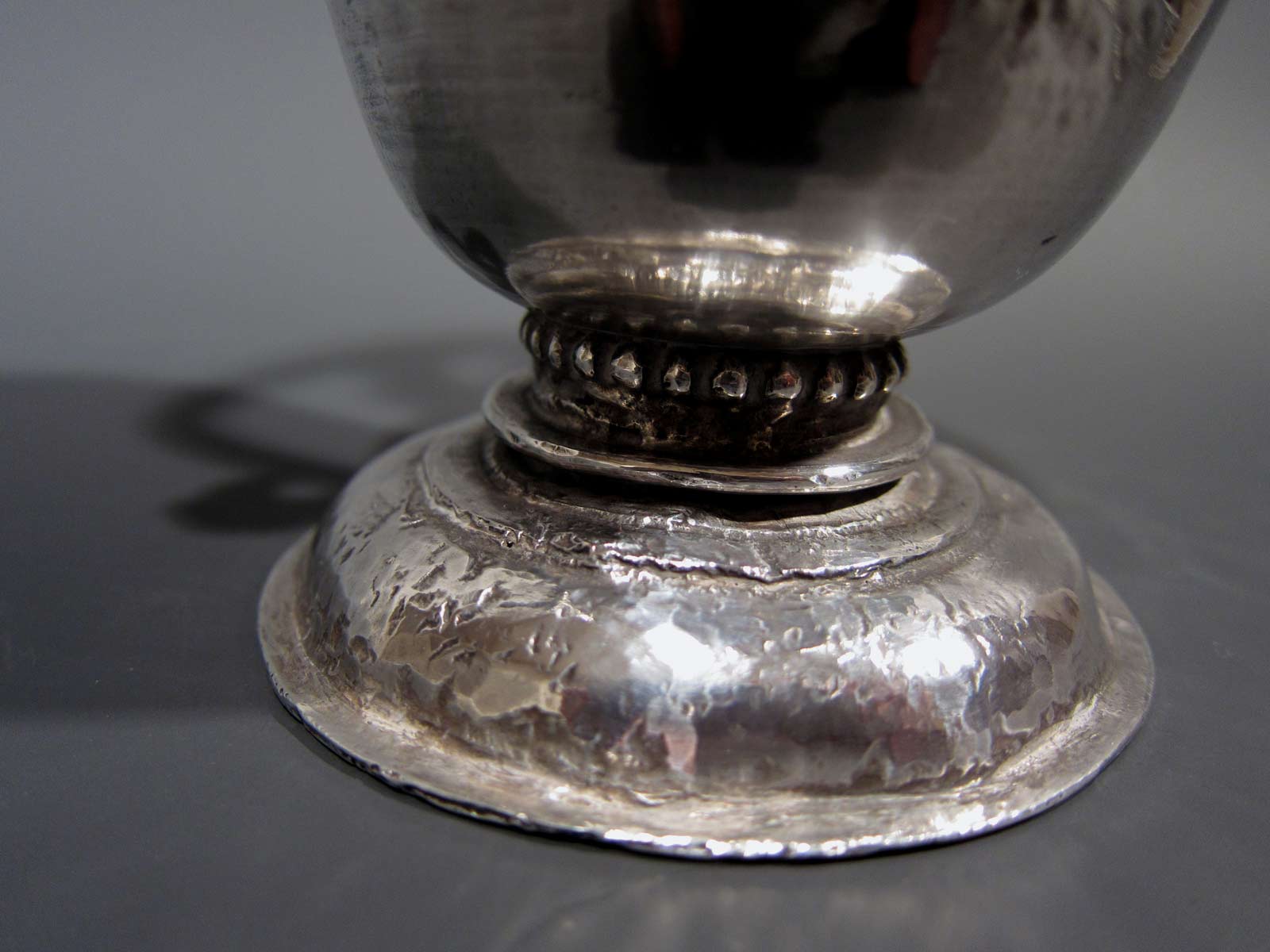 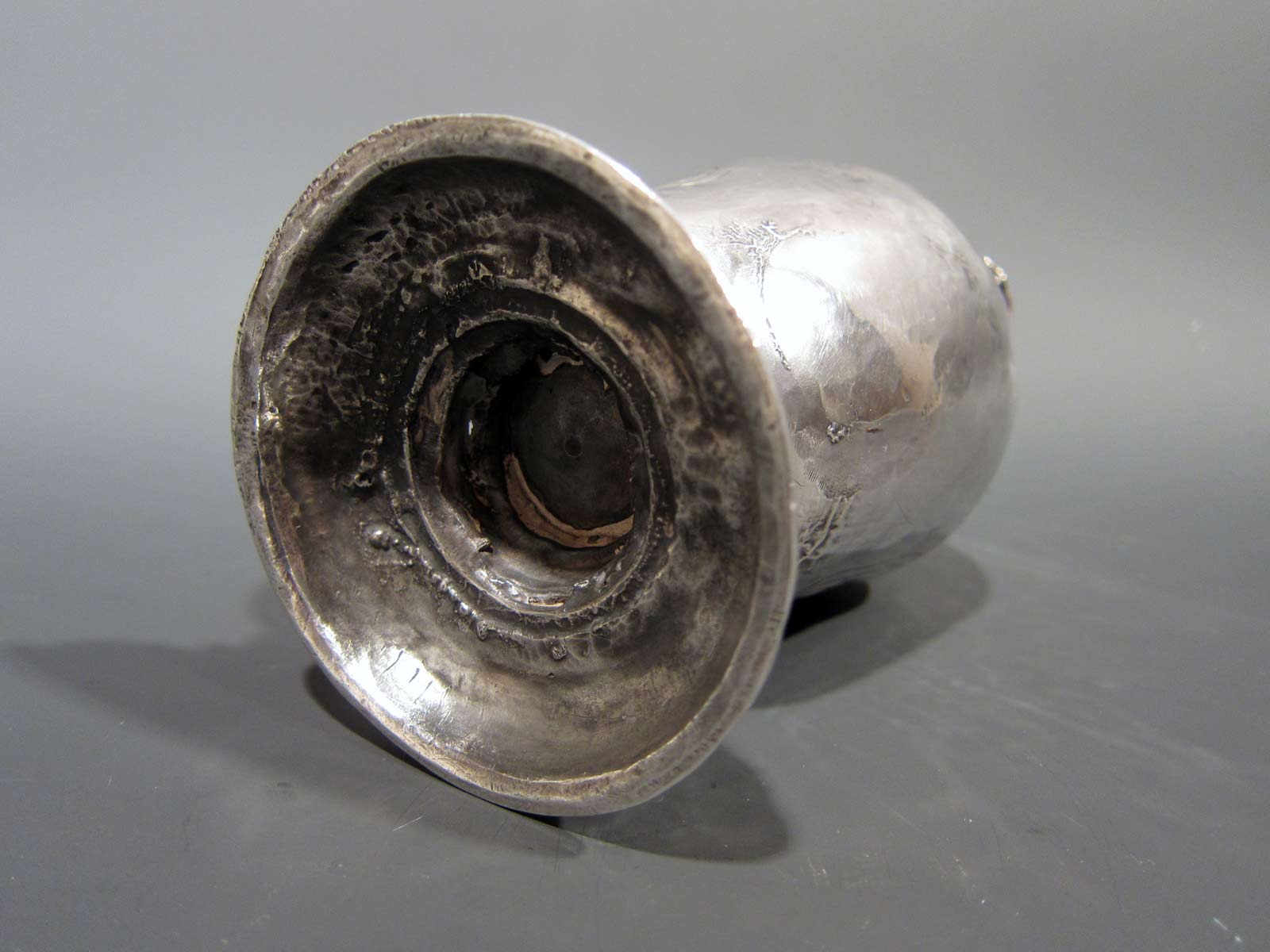 Very nice Spanish non-marked silver pitcher.
The coat of arms, incised twice on the body, on both sides of the handle, represents the Order of Discalced Carmelites. This important Catholic order was founded in 1568 by Saint Teresa of Ávila (1515-1582) and Saint John of the Cross (1542-1591). The Discalced Carmelites reached its peak from the very first decades with the founding of numerous convents and monasteries mostly in Castille, afterwards strongly expanding its presence in Italy, under Pope Gregory VIII, and then in France, Germany, Low Countries, Poland...
The beautiful sinuous handle heightens the elegance of this object, whose shape and proportions are distinctive features of the last decades of the XVIth century and the early XVIIth century, the early period of the order, whose silver works examples are extremely rare.
Condition: slight dents on the body. Old restoration in the junction between the foot and the body.

For further information, please fill in this form, we will be pleased to answer as soon as possible.

How can I buy this piece?

If the price is not shown, please ask us for it using the above form, as well as for any other question or doubt you may have. We will answer you promptly.

SIn order to formalize your purchase, we will send you an email with our bank details. Once we have received your payment in our bank account (or your payment proof by email), we will immediately proceed to pack your purchase and we will send it as soon as possible to the address you will have provided. The shipping of no bulky items to Spain takes about 24h-48h to get to destination. You will find inside the parcel the invoice and a Guarantee Certificate including a technical sheet, a photography and all the information and documentation available on the piece.